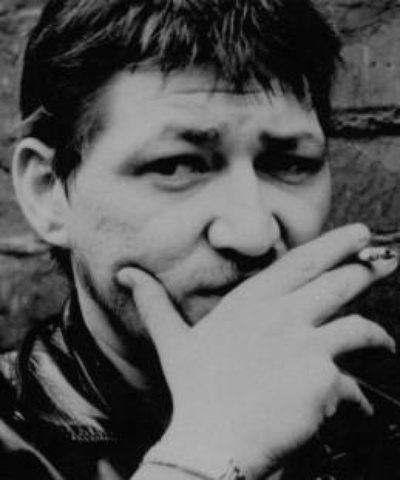 Every Sunday throughout April we will be screening a New German Cinema classic from cult director Rainer Werner Fassbinder.  Four of his best films will be brought to you on beautiful celluloid film.  You won't want to miss any of these beautiful films…

Fassbinder was the enfant terrible of New German Cinema of the 1970s.  Inspired by the dramatic irony of Hollywood melodrama his films are strikingly beautiful, sensitive to those on the periphery of the status quo and provoke emotional reactions.

His death in 1982 marked the end of the German New Wave, but his films have left a legacy.

We are showing four of his classics, all on beautiful celluloid film, throughout April that you wouldn’t want to miss!

Film + Discussion. In homage to Douglas Sirk’s Hollywood melodrama, Fassbinder brings us the story of a young Moroccan mechanic who falls in love with a German widow almost 30 years his senior. Dr Tobias Hochscherf from Northumbria University will introduce and lead a discussion after this screening.

Fassbinder stars as Fox himself in this tale of a working class, homosexual man who wins a small fortune on the lottery and finds new ‘friends’ willing to spend it.

This is a tale of psychological games and true personalities being drawn out by them. A husband and wife take separate business trips and discover each other at their country home with their respective lovers. This situation is accepted until their daughter arrives and insists upon a game of Chinese Roulette…

Determined to emerge from WWII a success, Maria marries a man, spending half a day and one night with him, before he is doomed for war and then to prison. She is ambitiously driven and will do whatever it takes to succeed.