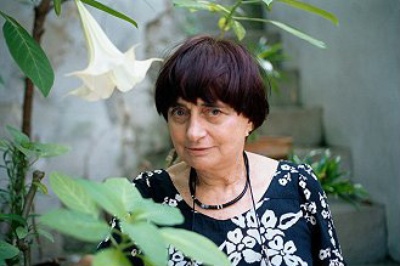 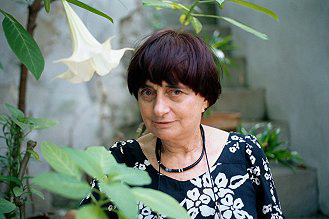 Agnes Varda, French director born in 1928, is one of the most celebrated female filmmakers in the history of cinema.

Experimental director, photographer, visual artist – uncompromising woman, inventive personality, her films are like no other.

As her latest film, The Beaches of Agnes, is being released nationwide, we are showing a season of her best films.

All the films in this season will be shown on 35mm, which we believe to be the best quality for screenings.

We only just managed to get these very rare prints, as they are touring the whole of Europe and the world at the moment. Agnes Varda seasons are currently being organised everywhere in the world, because her latest film has been released and critically acclaimed internationally.

There is a good chance you haven't heard of Agnes Varda - she is often described as one of the world greatest unrecognised filmmakers (little white lies), or a genius whose films have been overlooked.

THIS IS WHAT OTHERS SAY ABOUT HER

"New Wave pioneer Agnes Varda never attained the godlike status accorded to the Cahiers [French film magazine] boys' club, but it's a mark of her importance that they were always her biggest fans." - LITTLE WHITE LIES in an article about the WORLD'S GREAT, UNRECOGNISED FILMMAKERS

"Agnès Varda (…) is one of the unsung heroines of European film: a documentary-maker whose work exhibited a poet's eye, and a cineaste fully engaged with real life." - FILM4

"Agnes Varda used the skills she honed early in her career as a photographer to create some of the most nuanced, thought-provoking films of the past fifty years." - THE CRITERION COLLECTION

"Agnes Varda's startlingly individualistic films have earned her the title "grandmother of the New Wave" of French filmmaking. Her statement that a filmmaker must exercise as much freedom as a novelist became a mandate for New Wave directors" from FILM REFERENCE

"Varda is very much her own creation, and always has been: an embodiment of modern French artistic identity, she is actually Belgian-born, half-Greek and partly self-invented (she changed her name from Arlette at the age of 18). (…) Varda’s career itself represents a crammed micro-history of modern French bohemianism" - FROM SIGHT AND SOUND

"I am the queen of the margins, (…) But the films are loved. The films are remembered. And this is my aim

to be loved as a filmmaker because I want to share emotions, to share the pleasure of being a filmmaker." - FROM AN ARTICLE ABOUT HER IN THE NEW YORK TIMES

ABOUT THE FRENCH NEW WAVE

"The nouvelle vague," she says, "was a name to bring together all the people who made films between 1959 and 1970, let's say. What did they have in common? They were people less than 30 years old making films for less than 30m (francs), with a lot of scenes in the street." - GREAT ARTICLE ABOUT HER IN THE GUARDIAN

This season would not have been possible without the support of the Institut Francais and CulturesFrance, and we are very thankful for their help.

A milestone in the history of cinema.

“This film is about the fight for contraception, and for women’s sexual and corporal freedom." – A. Varda.

A harsh film that stunned audiences at its release, and won numerous prestigious international awards.

This is one of the best documentaries ever – mostly because it doesn’t try to be one.