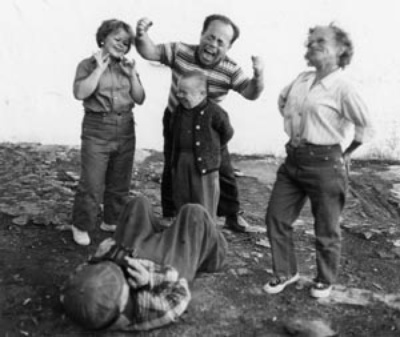 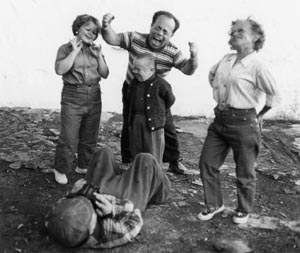 This must be Herzog's most controversial film.

Set in an unidentified institution a rebellion has taken place and anarchy reigns supreme. The reason for the controversy is that the whole cast is made up of little people, which some find exploitative.

But it is a fantastic film, exhilarating, compelling and joyful; the last shot shows a camel doing a shit.

A film about the wish to destroy everything as laugh your head off as order collapses.

Not for the faint hearted. Not to be missed.