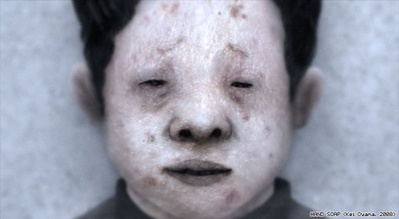 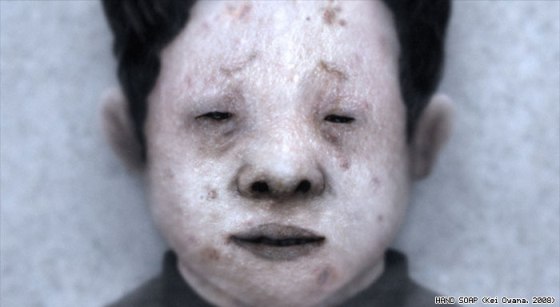 A very rare screening of no less than 13 short animation programmes from the new CALF label, which distributes work from some of the most innovative independent Japanese filmmakers. They go much beyond anime, and use incredibly inventive animation techniques, using and mixing photography, stop motion and drawing. + Jasper Sharp, director of the Japanese London Film Festival (Zipangu Fest) and specialist of Japanese cinema, will introduce the night!

The new CALF label was created in 2010 by Nobuaki Doi, with the aim of making available work from independent Japanese filmmakers, whose films would not be seen otherwise. Their work is different from the “anime” style, which is the Japanese style of animation that is generally known, and in which the manga style can be included.

The films shown today are coming from 3 directors and one filmmaking collective, and their style is incredibly innovative and varied.

The TOCHKA collective is made of Nagata Takeshi and Monno Kazue, and they have invented a new animation technique called PiKA PiKA, which is the combination of long exposure and stop motion animation technique. It enables everyone to make animation with drawings by penlights in the air.

Kei Oyama’s style is very original: he uses a collage of photographs shot in close-up. His film Consultation Room (2005, photo on this page) was shown in the Directors' Fortnight in Cannes and won the Honorary Mentions in Ars Electronica. HAND SOAP (2008, photo on the first page of the press release) was awarded the Excellence Prizes in International Festival for Arts and Media Yokohama and the Prize of the International Short FIlm Festival in Oberhausen.

Atsushi Wada makes incredibly beautiful and poetic hand-drawn animation, with very fine lines, and his work is also noticeable for his use of whispering sounds. A strange and absurd world full of humor and sadness.

Mirai Mizue’s style could be compared to hand-drawn visual symphonics. His drawings are based on the image of cells, and his films are non-narrative.

MORE ABOUT THE DIRECTORS

Mirai Mizue was born in 1981 in Tokyo and studied animation at Tama Arts University from 2002. He is known by his affection towards cells in his non-narrative animation films. His films have been nominated in some major animation festivals like Annecy, Zagreb, Ottawa and Hiroshima. DEVOUR DINNER won the Second Prize in Animadrid. In SICAF he made a commissioned film from the festival in 2009 and was a member of Selection Committees in 2010. As an illustrator, he provides his drawings to some Japanese novelists. He is also a member of Japan Animation Association and a teacher in O-HARA school.

TOCHKA is a creative unit that acts by Nagata Takeshi and Monno Kazue. They invented new method of making animation called PiKA PiKA, which is the combination of long exposure and stop motion animation technique. It enables everyone to make animation with drawings by penlights in the air. Their playing field is very wide from experimental animations to illustrations. PiKA PiKA was nominated in Annecy and won some awards including the Honourable Mention in Ottawa, the Excellence Award in Japan Media Arts Festival and the Grand Prix in Clermont-Ferrand.

Wada started his career as a self-educated animator in 2002. He likes to make comfortable movements and is always thinking about the Japanese traditional concept called "Ma", the tension produced between movements. Day of Nose (2005) won the Best Short Film in Norwich International Animation Festival and Well, That's Glasses (2007) won the Best Film of the Young Jury in Rio de Janeiro International Short Film Festival. In a Pig's Eye (2010) is in a student competition program in Zagreb and Annecy. Other films to be included: A Clerk in Charge and more.

Kei Oyama's method of making animation is very unique: using a collage of photographs shot in close-up. Consultation Room (2005) was shown in Directors' Fortnight in Cannes and won the Honorary Mentions in Ars Electronica. HAND SOAP (2008) was awarded the Excellence Prizes in International Festival for Arts and Media Yokohama and the Prize of the International Short FIlm Festival in Oberhausen.Other films to be included : The Thaw, NAMI and more.

We are very excited to be welcoming a great specialist of Japanese cinema tonight, who will be there to introduce the night: Jasper Sharp.

Jasper Sharp (painted by a friend of his, left) is a writer and film curator based in the UK and the co-editor of the website Midnight Eye, the premier resource on Japanese cinema in the English language, which he founded with Tom Mes in 2001. He is the director and head programmer of Zipangu Fest, the premiere festival in the UK showcasing Japanese films (festival from which some programmes were chosen for this Star and Shadow festival), and the co-director and co-programmer (with Chris Magee) of the Shinsedai New Generation Japanese Film Festival in Toronto.

He is a regular visitor to Japan, having lived in Tokyo between 2001 and 2005, where he worked with Tom on The Midnight Eye Guide to New Japanese Film, published by Stone Bridge Press in 2004, while his critically-acclaimed study of the Japanese pink film industry, Behind the Pink Curtain, was Sight & Sound magazine’s Book of the Month upon its publication by FAB Press in 2008. His writing has appeared in numerous publications across the world, with chapters to several anthologies including 24 Frames: The Cinema of Japan and Korea for Wallflower Press, Film Out of Bounds: Essays and Interviews on Non-Mainstream Cinema Worldwide for McFarland, Ga Netchu! The Manga Anime Syndrome for the Deutsches Filmmuseum and Tokyolife: Art and Design for Rizzoli, and he has also contributed liner notes, commentaries and video interviews to numerous DVD releases.

As well as lecturing on cinema to anyone who cares to listen, curating the Japanese section of London’s Raindance Film Festival (between 2005-10) and working as an advisor for the Japan Foundation UK’s annual touring season, he has curated a number of high profile seasons and retrospectives at the British Film Institute, the Deutches Filmmuseum in Frankfurt, Austin Fantastic Fest and Montreal’s Fantasia Film Festival.